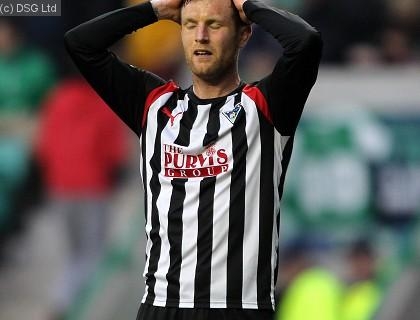 Dunfermline were able to keep pace with league leaders Partick as they cruised past 10-man Dumbarton 4-0 at East End Park.

And they doubled the advantage seven minutes later, Falkingham the provider this time as his cross was turned into his own net by Andrew Graham.

Things went from bad to worse for the visitors when goalkeeper Stephen Grindlay was dismissed after 69 minutes for a challenge on Joseph Cardle inside the area.

Victory was all but ensured as Wallace stepped up to convert the spot-kick moments later.

Substitute Andrew Barrowman saw his header come back off a post, moments before Cardle added further gloss with a fine strike from distance in the final minute.