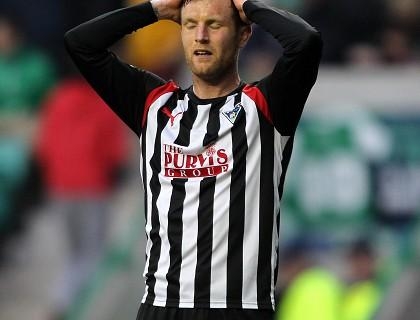 Second-placed Dunfermline lost ground on leaders Partick after they were held to a 1-1 draw at home by lowly Hamilton.

Hamilton, who have just three victories in the league this season, took a 17th-minute lead as Steven May collected Alister Crawford's right-wing cross and sent a low drive into the bottom corner from 12 yards.

The home side equalised just after the half-hour mark through Andrew Barrowman's neat finish into the corner after he was found in the area by Craig Dargo.

Gary Fisher almost put Hamilton back in the lead but his effort from the just inside the area bounced back off the post before Dunfermline's Joshua Falkingham's close-range effort was well saved by visiting goalkeeper Kevin Cuthbert just before half time.

Dunfermline were unable to force a second-half winner and are now two points behind Partick.