Jefferies despairs as Pars are relegated 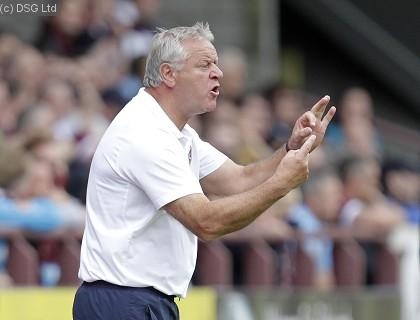 The Pars had to win to take the duel to avoid the drop to the final day, but a point was enough for second-bottom Hibs. Defensive failings saw Matt Doherty, Eoin Doyle and Garry O'Connor, with a penalty, score in the opening 15 minutes before Paul Hanlon was awarded a late fourth despite replays showing the ball did not cross the line.

Jefferies said: "It was our last chance tonight to take it to the last game and we threw it all away in 15 minutes."

He added: "It has been the problem all season and each one got worse.

"We actually started quite well and after the three goals we were probably the better side."

Easter Road was jubilant as Hibs celebrated just a second home win of the SPL season and survival courtesy of an unassailable eight-point lead over the Pars.

Pat Fenlon replaced Colin Calderwood as boss in November assigned the task of SPL survival and was uncomfortable with the party atmosphere.

"It's a massive relief," Fenlon said. "It's more a relief than anything else, not a celebration.

"It's a bit embarrassing. We're second-last in the league.

"I think it was more us showing our appreciation to the supporters than the other way round."