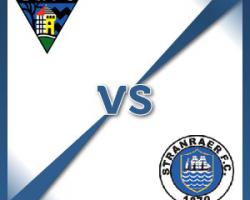 Dunfermline V Stranraer - view commentary, squad, and statistics of the game live.Martin boost for new Pars bossLewis Martin is set to return to the Dunfermline squad against Stranraer.The Pars swapped managers this week with first-team coach John Potter taking over from Jim Jefferies, and the new boss is able to welcome back Martin after injury

However, Ryan Williamson (knee) and Ryan Wallace (pelvis) remain on the sidelines for the hosts.Potter said: "It is not an easy game to start my managerial career with as Stranraer are flying just now but I want us to begin the game well and get the fans excited."In the last couple of games we have not performed at our best and lost them

I am looking for that to change in this one."Stranraer, who won at East End Park last week in a William Hill Scottish Cup replay, add the fit-again Adam Forde to their ranks.However, Scott Robertson (knee), Sam McCloskey (ankle) and former Dunfermline favourite Willie Gibson (calf) all miss out for Stephen Aitken's side."We expect Dunfermline to get a reaction from their players after changing their manager and we are prepared for that," said Stranraer boss Aitken

"They will also be out for the Scottish Cup result so we know we are in for a testing afternoon."To win against a full-time side twice in a row is a hard task, however with the players that I have it can be done."