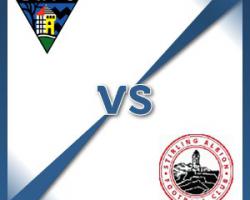 Dunfermline V Stirling - view commentary, squad, and statistics of the game live.Pars pair back from bansGregor Buchanan and Josh Falkingham return to the Dunfermline squad for the visit of bottom club Stirling.Buchanan and Falkingham are available after suspension while Alex Whittle also comes back into the reckoning following a foot injury.The Pars got their promotion hopes boosted last weekend with a win over Ayr and they will look to build on that on Saturday, but manager John Potter has told his players that nothing can be taken for granted.He said: "Stirling have caused us and other teams a lot of problems this season and have been unlucky in a good number of games

They have dangerous players that we need to keep quiet as well as going about our business well in their half."Stirling travel to East End Park without Craig Wedderburn, who has joined junior side St Andrews, and the on-loan Andy Stirling who is unable to feature against his parent club.Darren Smith misses out with a knee injury and Steven Doris is absent due to a stomach muscle problem, but Graham Weir could return.Albion assistant manager Martyn Corrigan said: "Our performances have improved recently but we know that we have to start collecting more points if we are to survive."Dunfermline will be boosted by their win over Ayr last week but if we can go out and show that we are still fighting then we are in with chance."