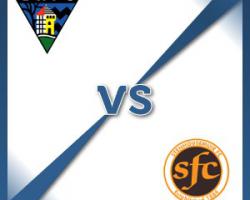 Dunfermline V Stenhousemuir - view commentary, squad, and statistics of the game live.George set for debutDunfermline look to build on their first win under manager John Potter when Stenhousemuir visit East End Park with new signing Paul George set for his debut.Injuries continue to keep Ryan Williamson (knee) and Ryan Wallace (pelvis) out.Potter said: "Paul will add creativity and width to our side and I am looking forward to seeing him in action against Stenhousemuir."We enjoyed a good 2-1 win down at Ayr and hopefully we can get another three points from this game

However it is their first game since changing their manager and that makes things a bit more unpredictable."The third-bottom Warriors will have interim manager Brown Ferguson in charge following the recent dismissal of Scott Booth.Ferguson's options are limited due to Jamie McCormack and Kieran Millar being suspended but Martin Grehan is fit enough to start.Ferguson said: "Facing Dunfermline away is a very tough place to start but the key message from me to the players is to put on a performance that we can build on for the rest of the season."We will be going there looking to win, however I want us to play in a certain way and if I see the players doing that I will be delighted."