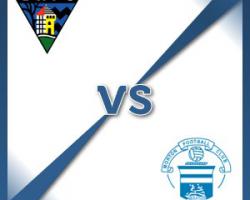 Dunfermline V Morton - view commentary, squad, and statistics of the game live.Pars missing duoDunfermline go into their clash with Morton without Ryan Wallace and Lewis Martin

The Pars are looking to move closer to the play-offs with a win but they will have to do so without Wallace, who has a pelvic injury, and Martin who is playing in a tournament for Scotland's Under-19 side.Manager John Potter said: "With seven points from the last nine we have moved ourselves into a much better position

We now need to build on that by picking up another three points."I'm sure that Morton will come here looking to attack and we need to defend better than we have in the previous three meetings this season."This would be a great time to get our first win of the season against Morton."Morton will miss Conor Pepper, who has a knee injury, while manager Jim Duffy is set to make a late check on Declan McManus after he played for Scotland's Under-21s in Hungary on Thursday

Joe McKee will also be monitored after he had 16 stitches inserted into a head knock recently.Duffy said: "We showed perseverance and quality to come back and win against Ayr last Saturday and we will need those qualities again at East End Park."Dunfermline are back in the play-off chase after two wins in a row so we need to be prepared for a really tough afternoon

Every game this season has been difficult and this one is the same."