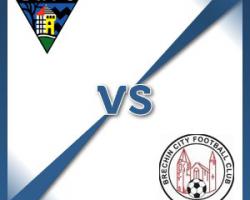 Dunfermline V Brechin - view commentary, squad, and statistics of the game live.Wallace ruled out for ParsDunfermline are again without Ryan Wallace who has a pelvic injury as they look to climb back into a League One play-off place against Brechin City.Alex Whittle is a doubt after picking up a knock in Saturday's 1-0 defeat from Forfar with manager John Potter looking to freshen his side up.He said: "Our display at the weekend was not near what we are capable of

We never kept hold of the ball well enough and it was a disappointing day."Brechin will be tough opponents but winning this game would be a great response."Brechin boss Ray McKinnon has ruled out Callum Tapping again due to a knee injury however he has delayed finalising his squad after a number of players picked up knocks in Saturday's hard fought 1-0 win over Stirling Albion.McKinnon said: "No-one picked up a serious injury but there were a few complaining about bumps and bruises

They need to be 100 per cent right for this game as it is a big one in our season It is one we can look forward to due to the unbeaten run of 13 games we're on."If that is 14 after this game I would be pleased as Dunfermline are strong."