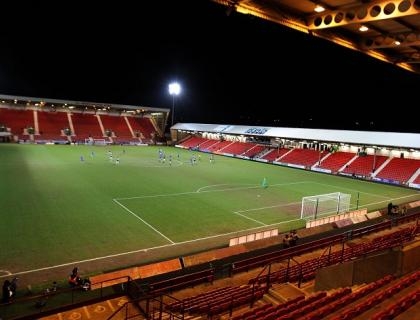 The club were placed in interim administration two weeks ago in a bid to avoid a winding-up order over a ?134,000 tax bill. Her Majesty's Revenue & Customs could have opposed the measure but the full administration was granted without complaint.

Administrator Bryan Jackson said: "Confirmation of the administration appointment today is welcome news. There remain a number of obstacles for the club in the coming weeks and months but the main issue now is continued funding to ensure DAFC survives until the next season."

He added: "The issues that remain can be resolved if sufficient funds are produced so I would urge Pars United, fans and businesses in the Dunfermline area to dig deep and keep the club afloat financially over the summer."

Pars United is an amalgamation of several supporters groups and other stakeholders who are bidding to raise enough money to keep the club afloat.

Jackson added: "This has been a very positive 24 hours with the sale of Portsmouth FC, of which I am the joint administrator, to the supporters trust, and now the court agreement for the full administration of DAFC.

"There is still a lot to be done at DAFC and a long way to go but we are now a small step closer to resolving the club's financial problems."